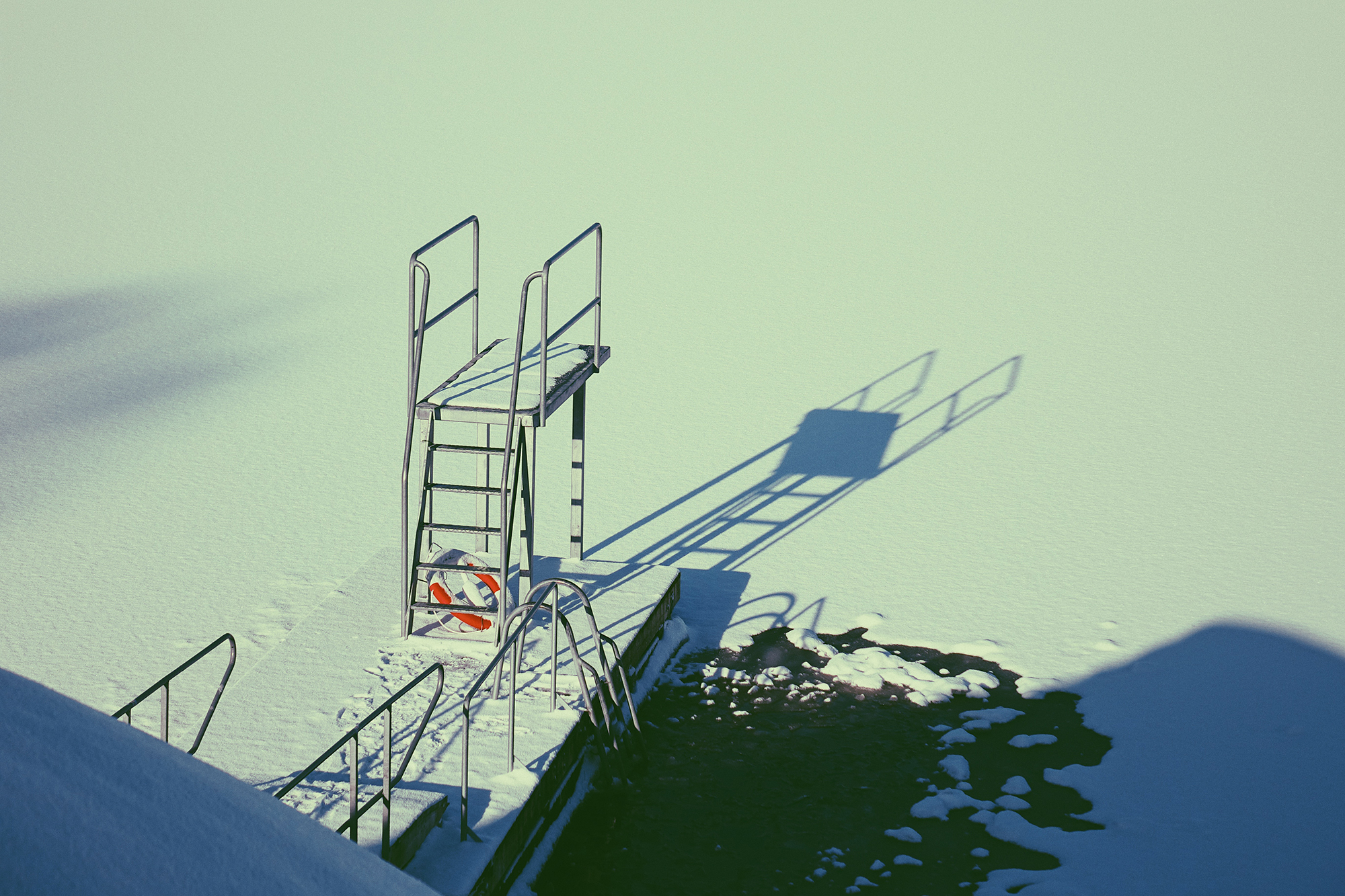 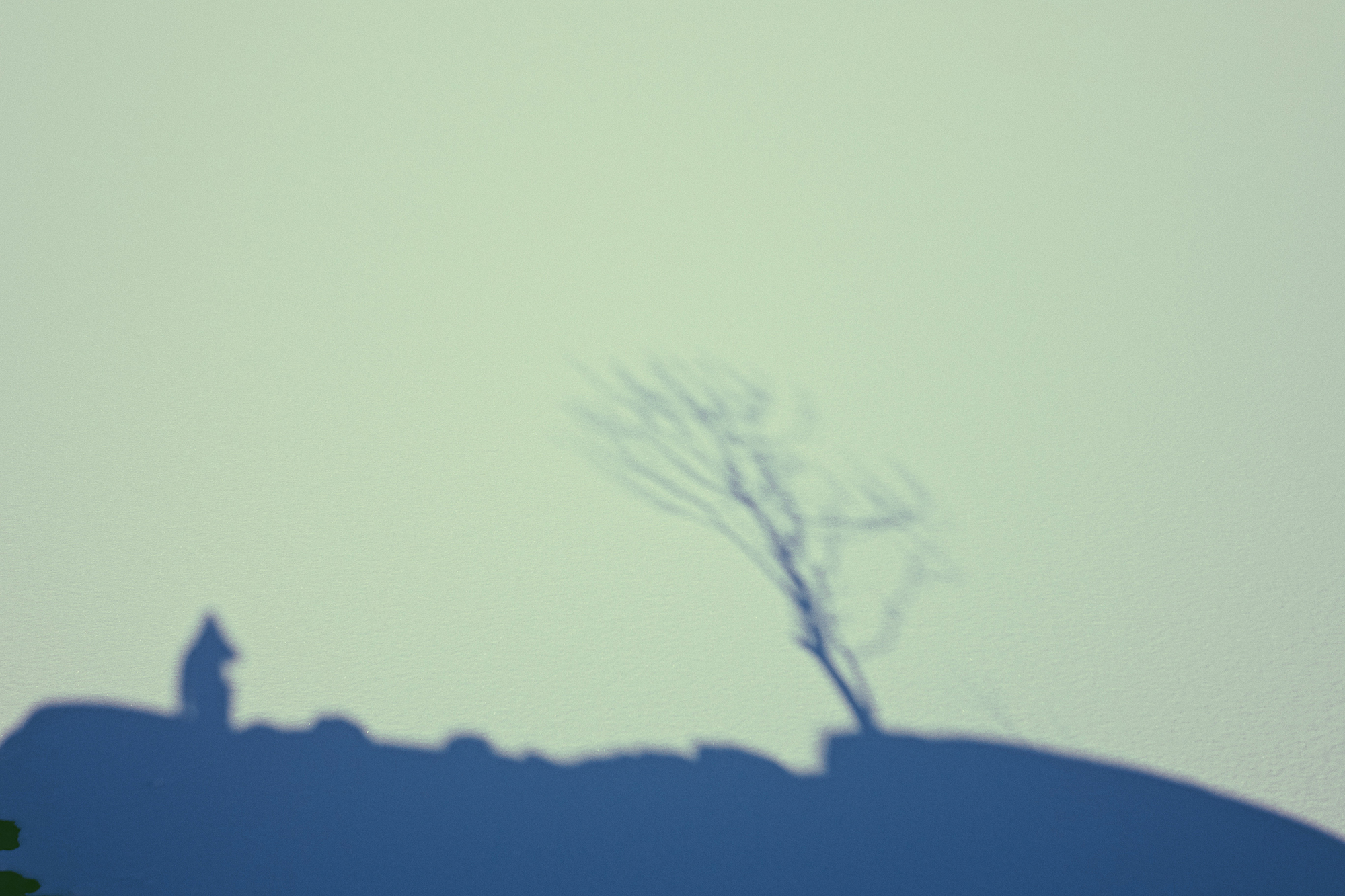 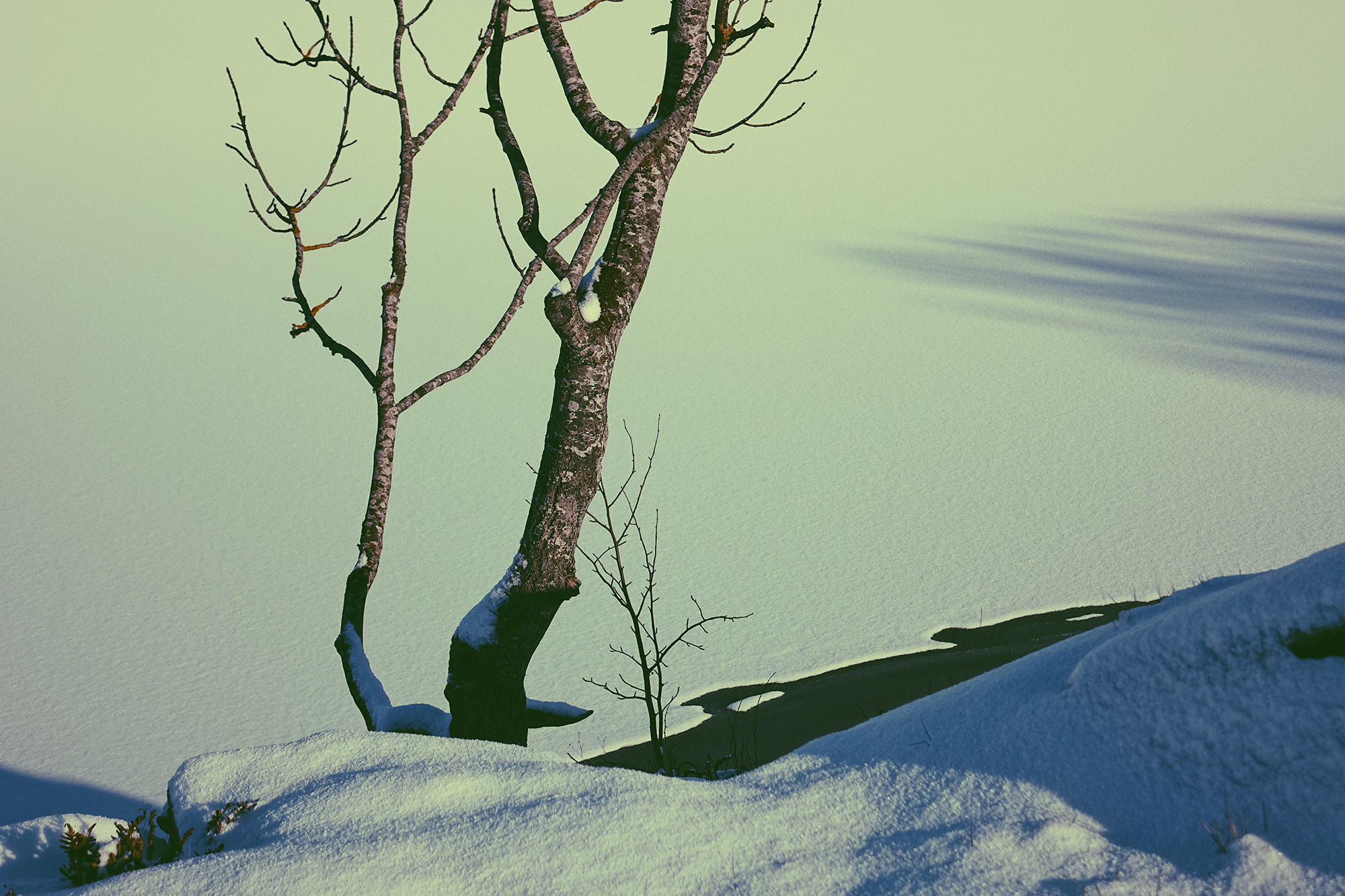 The people who know me as a photographer probably know that I love negative space. “Halcyon” is all about negative space and composition. To be able to capture an object with only light and space is not an easy task, but seriously challenging. It does take a trained eye to come to a location and imagine angles and framing in your mind. A photographer truly sees more than what everyone else have in front of them. One of the hardest things to capture is a part of a landscape that is surrounded by objects and uninteresting things that we simply want to clean away in the shot, or find a new angle that focuses on the object we’re shooting. “Halcyon”, to me, is about stillness and tranquility in a landscape that is untouched, restful and impeccable.

The name derives from an old saying in wintertime that was used on days absent from storm, perfect stillness and peace. Although I did freeze my fingers off (which quite frankly I do every damn day), this series is one of my absolute favourite ones simply because of me pushing the boundaries with things I am used to and styles I want to learn.

Inspiration
Inspirationwise, I didn’t have anything specific with this series. But the final look of the photos does come from my love for Hoyte Van Hoytema’s color grading, such as “Her” or the Kenzo ad below (right image), and the creamy pastels of Wes Anderson’s work (like Moonrise Kingdom).

Post proccess
I’m not a fan of “neutral” photography anymore. It’s a bit boring with perfect white balance. Sometimes I know what sort of style I want to create, and other times I’m just trying anything until I find the style I think feels right. What’s so special about “Halcyon” is the off-white, almost yellowish, white balance in the highlights, with an added greenish tone to the shadows. Ima say it like it is, analogue sorta look is bae. So green in the shadows you will see a lot. But I also wanted to keep and give the snow its typical blue shadow look, and it works beautifully with the yellow.

If you want to go a bit more technical, the base filter used through VSCO on these photos is “P5”, with warmer temperature, change of tint, highlights and shadows. See RAW and final image example below!